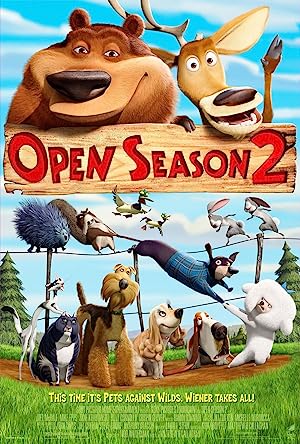 Open Season 2 is a 2008 American computer-animated comedy film and the sequel to the 2006 film Open Season, produced by Sony Pictures Animation. It was directed by Matthew O’Callaghan, co-directed by Todd Wilderman, and produced by Kirk Bodyfelt and Matthew O’Callaghan. It was released theatrically in other countries starting in South Africa on September 24, 2008, and direct-to-video in the United States on January 27, 2009. The film received mixed reviews and grossed $8.7 million worldwide.