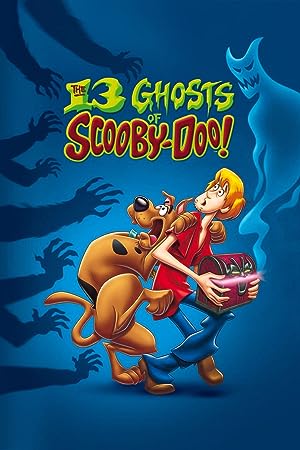 The 13 Ghosts of Scooby-Doo is an American animated television series produced by Hanna-Barbera Productions, and the seventh incarnation of the studio’s Scooby-Doo franchise. It premiered on September 7, 1985, and ran for one season on ABC as a half-hour program. Thirteen episodes of the show were made in 1985. It replaced Scary Scooby Funnies, a repackaging of earlier shows; another repackaged series, Scooby’s Mystery Funhouse, followed.

The series also aired in reruns on USA Network in the 1990s, on Cartoon Network, and from time to time on Cartoon Network’s sister channel Boomerang until 2014. With 13 episodes, it is currently the shortest-running series in the Scooby-Doo franchise to date. A follow-up film, Scooby-Doo! and the Curse of the 13th Ghost, released in 2019, featured the previously unseen 13th ghost and ended the series. The entire series is also available on the Boomerang and Tubi streaming services.