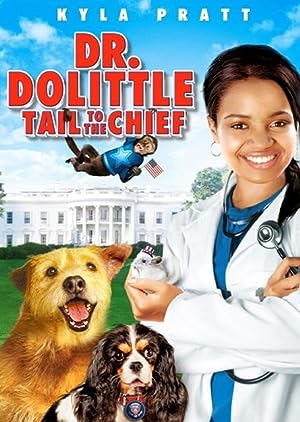 Dr. Dolittle: Tail to the Chief (2008)
85 min|Comedy, Family|04 Mar 2008
4.0Rating: 4.0 / 10 from 2,472 users
Maya Dolittle, who can talk to animals like her father, is placed on special assignment by the President of the United States of America.
Director: Craig Shapiro
Creator: Matt Lieberman (teleplay by), Hugh Lofting (based upon the "Dr. Dolittle" stories by), Matt Lieberman (story by), Kathleen Laccinole (teleplay by)
Actors: Kyla Pratt, Peter Coyote, Malcolm Stewart, Niall Matter

Dr. Dolittle: Tail to the Chief (also known as Dr. Dolittle 4) is a 2008 American comedy film directed by Craig Shapiro and starring Kyla Pratt and Norm Macdonald. It is the fourth film in the Dr. Dolittle series.

Like its predecessor, Dr. Dolittle 3 in 2006, it was released direct to DVD as well, on March 4, 2008. It is also the second film in the series not to feature Eddie Murphy as Doctor Dolittle, or Raven-Symoné as Charisse Dolittle, although Doctor Dolittle was mentioned in the film. The role of Lisa Dolittle, originally played by Kristen Wilson, is now played by Karen Holness. The Lord of the Rings: The Fellowship of the Ring 2001 – Sinhala Dubbed Movie 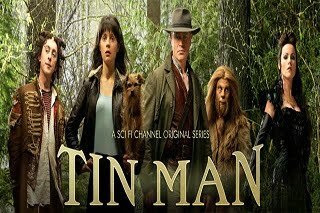